It Just FLEW by!

After all the months of planning, and all the hustle and bustle of getting ready for it, the 2009 Altered Arts Diva Bash came and went in an instant! We crammed as much love, laughter, art and friendship in as we could, and made the most of every minute!


On Thursday, the lovely Andi came and helped me get the final preparations finished, as well as carting with her all the wonderful breakfast foods you could imagine! It was such a blessing to get to spend private time with Andi, getting to know her better!


On Friday morning, I popped out for an appointment, and was wonderfully greeted by Andi and Joanne who had arrived bearing yummy chex mix that still makes my mouth water at the thought! (No pretzels for this girl!)


Mike and Andi left for the airport to pick up Christy, and I was excitedly trying to get prep done for dinner, and they all wonderfully pitched in and helped make it, as the house began filling up with sounds of friendship and laughter! Lou and Darlene, Sue and Beth (wearing very festive hats), Angela, and Jan arrived, and were thrilled when Kathy and Brenda were able to attend at the last minute! This rounded out the "Dirty Dozen" as Andi quickly dubbed us.


Beth and Sue took the lead and began the first classes on how to make beautiful earrings, and how to put charms on them. We took a break for dinner, where I spilled the first of 2 secrets I had in store for each of the Divas. I had secretly arranged for each Diva who wanted one, to have a massage during the evening. The master bedroom had been turned into a spa for the evening with waterfall music, a video fireplace and floating candles. Almost all were turned into jelly under my SIL's gentle yet strong hands. Just after dinner, many giftees were passed around, and the ooohs and ahhhs were plentiful.


We then headed down to the gathering room in the basement and then had the first of our two gift exchanges. The gags resulted in many giggles, snorts and guffaws. Pants were even wet! LOL! One with "strawberry jelly" then another with giggle leaks! We all fell into bed at a very late/early hour, still chuckling to ourselves and to one another!


On Saturday morning, we had to be up and at'em so we could get to European Papers before the store filled for their holiday classes. Before we left the house we had a scrumptious breakfast of Andi's creme brulee french toast! Jean (our resident Diva poetess) had written a lovely poem based on the night before Christmas about the Diva Bash, and Andi read it aloud to us all. Then I passed out printed copies for each Diva to keep as a weekend keepsake. High on good times, maple syrup and pecans, we dialed Jean up and sung her a boisterous rendition of "we wish you a Merry Christmas" and thanked her for her poem.


Into the cars we jumped, and made a car caravan to European Papers for our shopping spree. Giggling about the gag gifts from the night before caused me to lose concentration, and we took a quick tour thru German Village downtown before we were able to right ourselves onto the correct one-way streets. Arriving only 2 minutes late, we posed for a quick outdoor photo.


I think all left considerably thinner (in the wallet) laden with lovely treasures and inspiration of projects to come!


We headed home where Christy demoed an adorable magic wand ornament project and Lou and Darlene showed felted ornaments. ( I need a private tutorial- I somehow missed this wahh!) We had a yummy lunch, and then did our "nice" gift exchange. The only "rule" for this exchange was that it had to be a handmade piece. It could be purchased, but it had to be handmade. So many lovely things were exchanged! Although we had set it as a naughty santa swap, not much naughti-ness occurred as each piece was more lovely than the next!


After the swap, I revealed the second surprise. My friend Shelly was set up in the master bedroom with all her lovely Cookie Lee jewelry for those who had not finished with the shopping bug yet. Cookie Lee is new to the Ohio area from the west coast, and we were excited to see the hip new fashion trends.


I was graced with so many lovely lovely hostess gifts, it felt as if Santa had descended! Flowers, bath and body products, ornaments, angels, purses, candles, candy dishes, note cards, necklace holders, and so much more- what truly generous and creative friends! I am so blessed by their friendship, and was OVERWHELMED by their outpouring of love.


Then we had a bit of a break in the day and some went to Michaels, some took a nap, some emailed, and I chatted with a few and started dinner.


Kathy was excited to find her football game on the tv, though I don't think the game went her way. Incriminating photos were snapped by so many, there will be blackmail material for years!

The laughs and giggles continued as Divas came and went and visited and shared. Mike was a hit in his cabana boy sun hat and Spongebob pj's...


Then we gathered up in the studio, where I began the Clay canvas project with them. Since it was so cold, I had felt the day called for snowmen, and so many cute snowmen appeared! Each Diva did such an amazing job. I am constantly stunned at the creativity of these women! Starting with exactly the same materials and basic instructions, no two looked alike!


We ate a very late dinner that night, due to a roast that didn't want too, but then it was back up to the studio to finish off the projects. Brenda stayed up with me to keep me company as I finished off my Diva beads until 1:30 am.


The next morning, we were treated to Andi's wonderful breakfast casseroles, and then we headed up to the studio again. We finished off a multitude of projects, learned about gold thermofoils, and swapped out the Diva Rosarie swap. Sadly we watched as one by one the Divas had to take their leave back to the "real" world.


I was over-joyed that Christy could stay with us overnight, as I almost went into complete Diva withdrawl, and would have crashed without her. She helped Mike and I clean up the kitchen and put away tables and sweep, and then she and I headed back upstairs and had the most lovely time getting to know each other and make more art together!


At O-dark thirty Monday morning, we put Christy on a plane, and said goodbye to the much anticipated, much enjoyed 2010 Diva Bash. I cannot tell you how blessed and lucky I feel to have a hubby and family who helped support this and make it happen, as well as to have been in the prescence of these creative lovely women for an entire weekend!
Posted by The Backporch Artessa at 2:15 AM

Terrific summary of one of the best week-ends of my life. You and Mike are such generous hosts! It was a very special time filled with joy, love, friendship and art.

Kari,
This weekend is one I will not forget about for a long time. I keep going over the events in my mind and smiling. You and Mike did a wonderful job of hosting all of us and are truly special people. I had a great time. Thank-you both!

Oh Kari - I enjoyed reading your description of the bash immensely! I know that everyone had the time of their lives! I know a massive amount of work and planning went into this - you and your sweet spirit, kind husband and all of the work made it turn to be the most wonderful sounding Diva gathering ever! I only wish I could have been a part of it!

Again I want to thank you and Mike for:
* your generous hospitality
* Mike's patient endurance of the Diva Invasion
* the abundance of food for body and soul
* massage relaxation
* sleeping provisions in your lovely and spacious home
AND for providing toiletries for those of us in need.
Your desire to make everyone happy was certainly successful and not an easy achievement. Now, go take care of yourself and rest up. You deserve it!!!

Kari, You are the hostess with the mostess and then some. What an amazing weekend you planned and executed. You and Mike are to be commended. After reading your account and what the other Divas wrote, I have a great idea about what a fabulous, non-caloric weekend you all had. Oh how I wish that I had been able to be there. I hope that you have recuperated by now. 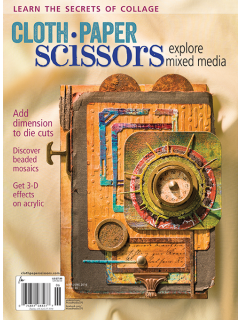 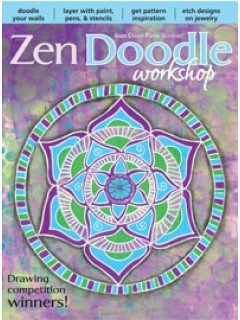 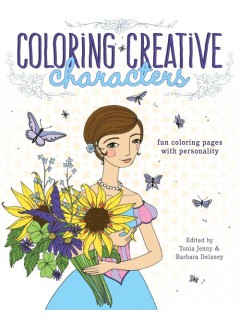 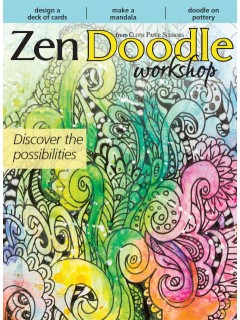 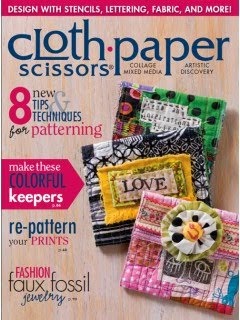 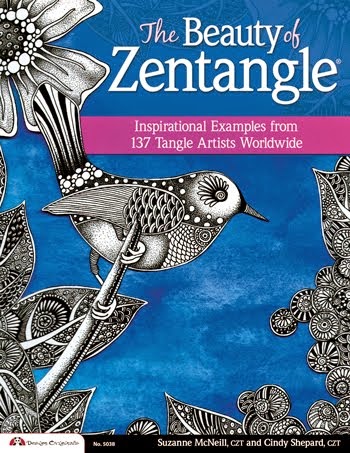 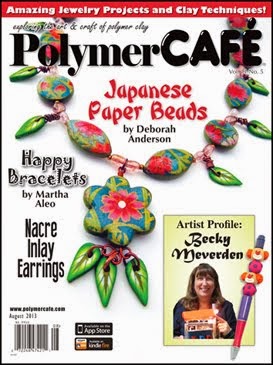 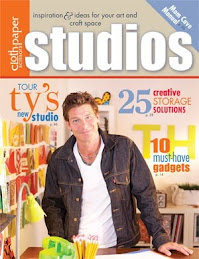 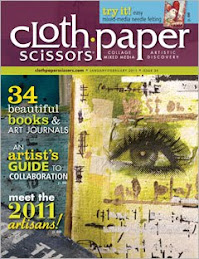 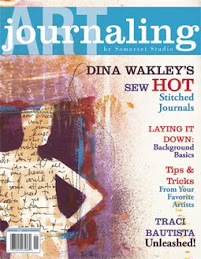 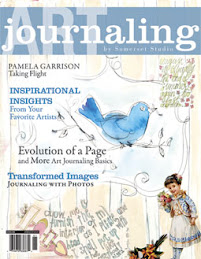 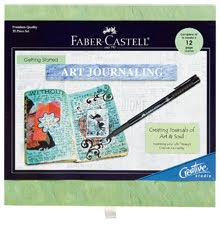 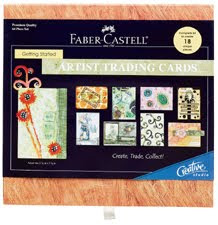 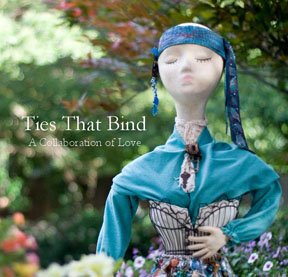 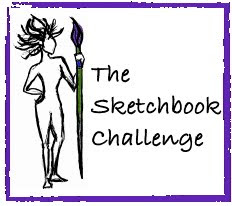 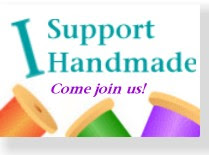